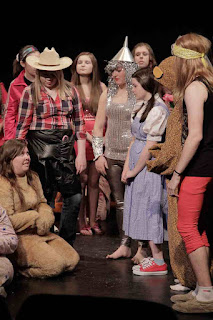 The Theatre Arts class 120 performed Noise of the Toys while the High School Drama Club performed The Brothers Grimm Spectaculathon.

To see more photos from the performances, click here.
Photos by Joshua Laplap

DUE TO LIMITED COPIES, PLEASE ORDER THROUGH THE SCHOOL