Both elementary soccer teams emerged victorious from the District Jamboree. 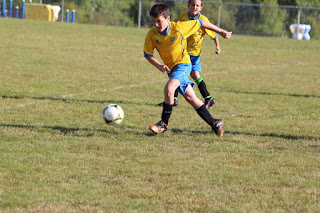 The blue team first played Nelson, tied them 4-4. Jace Jardine scored 3 goals, and Garland Manderville scored 1. They then went on to defeat Eel Ground 8-0. Shamus Gunter scored 3 goals, Jace Jardine scored 2, Samuel Brennan and Nate Hallihan had 1 each. Lastly, they played the other Nelson team, succeeding with a score of 7-0. Shamus Gunter and Garland Manderville with 2 each, Allison Manderville, Nick and Nate Hallihan had 1 each.