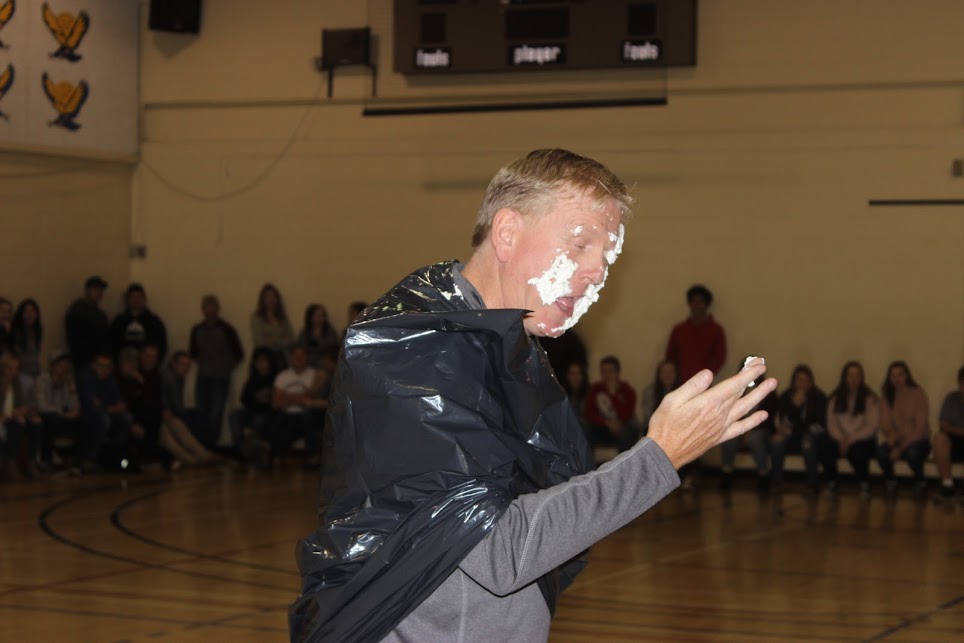 Last Friday, two lucky students were given the rare chance to sweeten the appearance of Blackville School's Principal and Vice Principal.

Grade 7 student Stephen Brophy and Grade 3 Ellie Jardine were drawn to be the fortuitous holders of a pan filled with whipped cream. This fluffy weapon was launched into the awaiting faces of Mrs. Moody and Mr. Buggie.

The humorous event was held in celebration of the efforts of those who raised money for a recent fundraising Walkathon.

Over $5500.00 was raised for Student Council initiatives. To see more photos from this event, click here.