Cobras Vs. Eagles: The Beginning of a Rivalry 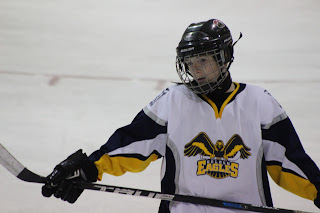 Both the high school girls and boys played NSER on December 3. Even though both games were close, they are now ready to make a come back at the annual Cobras VS Eagles coming up soon.

The high school boys hockey team played last weekend against Saint Quentin. The boys won with a score of 7-3.

Scoring for the Eagles were Garett Donohue, Peyton Gillespie and Devon Underhill with two goals each, and Macaully Gillespie with one.