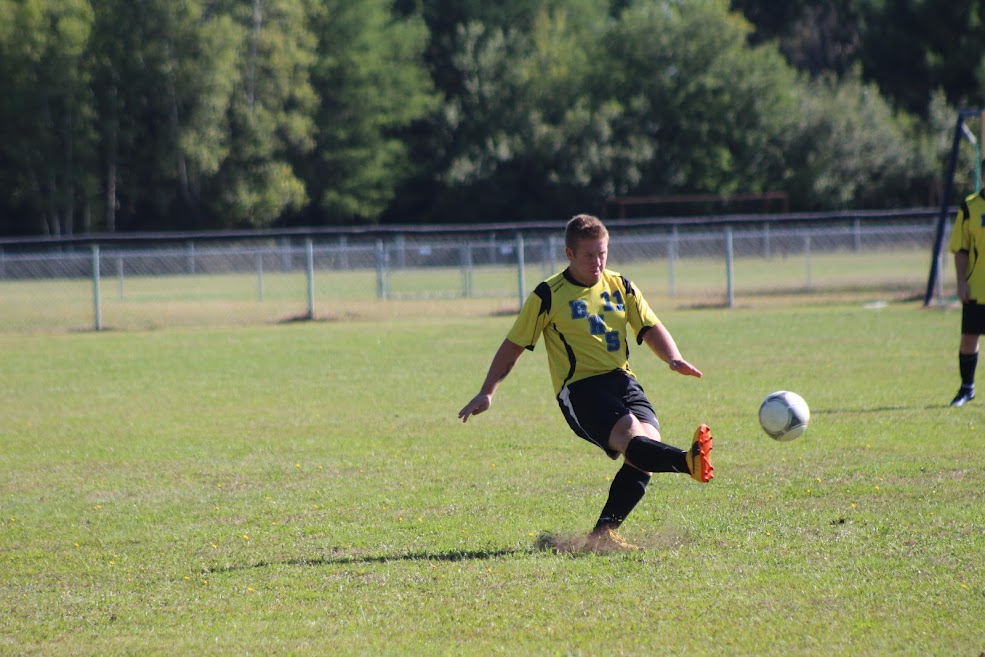 Elementary Soccer News: The Blackville Blue elementary soccer team defeated Eel Ground at home last night with a score of 9-3. Goals scorers were Garland Manderville and Shamus Gunter with 3 each. Allison Manderville, Samuel Brennan and Nick Hallihan had one each.

High School Soccer News:
High school boys played Saturday, defeating Dalhousie 8-2. Scoring, Peyton Gillespie with 4 goals, Preston Gillespie and Drake Donovan with 2. The boys also played Monday night, coming out victorious against CNBA with a score of 3-0. Scoring for the Eagles were, Peyton Gillespie, Denver Donovan and Drake Donovan with 1 each. High school girls played two games on the weekend. The first game was a success, achieving a  3-0 victory against Sugarloaf. Scoring for the Eagles were Kensen Brennan, Reese Urquart, and Laura Colford, while K.C. Hallihan secured the shut out.

In the second game the girls had a hard fought loss against Dalhousie by a score of 2-1. Scorer of the only goal was, Tori Sullivan. The girls also played Monday night in Stanley. The girls were defeated 1-0, however, they gave their all. The girls came out victorious on Wednesday, beating CNBA of a score of 5-0. Scoring for the girls were, Piper Duffy with 2, Tori Sullivan with 2, and Reese Urquart with 1.