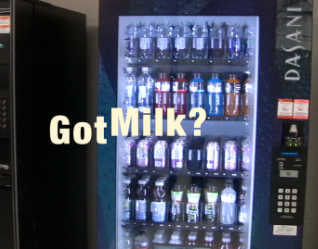 Returning from summer break always requires adjustments being made. Waking up earlier in the mornings, having to think about complex word problems rather than basking in the sun, these are changes associated with the first week of school. What is not expected is major dietary changes.

A new policy was developed over the summer that deals with the types of foods schools are allowed to serve. This ranges from cafeteria lunch lines, all the way to school-based fundraisers.

This policy states that all foods must have nutritional value, banning all unhealthy snacks and beverages. Along with this, foods like breaded chicken burgers and fries will also be removed from the menu. What has students most upset, however, is the outlaw of chocolate milk.


Many students are left disgruntled, few have fully accepted the policy. While students understand the importance of eating a balanced diet, it is a common consensus that having a policy deciding what can be eaten during school time is a bit extreme.

It is my conception that we do need to greatly improve our diets. Childhood obesity is a major problem with our society. As well as eating healthier, we need to become more physically engaged. While I understand the angle the government has come from with introducing the new policy, I think they may have come on a little too strong. Drinking a glass of chocolate milk is not the biggest issue with children’s health. The disturbing truth is, the problem stems much deeper than that.

While diet is also an important factor in a healthy lifestyle, physical activity must also play a role. If government officials plan on actually making a difference in this area, instead of cracking down full force on nutrition, they should also include new ways for the children to be more active. Obesity will not be solely the fault of the menu. Sitting for long periods of time during school time also contributes to the problem.

Rather than focus all the attention on the nutrition of the children, and sometimes enforcing harsh restrictions, they should be spending half of their efforts on the physical aspect as well. This way there are no harsh and dramatic changes right away.

Don't forget to check out this week's Viewpoint where students and staff share their opinions on the new nutritional policy.