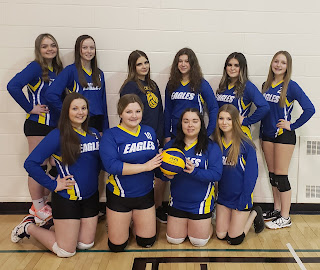 The High School JV girls volleyball team attended the U de M tournament in Moncton over the weekend.

They finished first place in Tier 2 after Friday's games. Saturday was full of suspense, as their game went into the third set to determine the winner.

The girls were victorious, pulling a 15-13 win which placed them in the semi-finals. They fought hard against MVHS but lost in the end. They finished with a ranking of 3rd place in Tier 2.