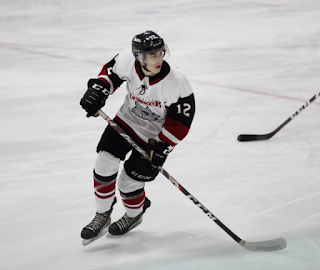 Team News
This weekend is a good and short weekend for us as we head to Campbellton for a Friday night game versus our division rival, the Tigers. This is the third time we are playing them spitting a hand apiece between them, but beating them 8-3 last time at home which was one of our best team games this year.
This is the first time we are heading to Campbellton this year to play; it should be a good game and a little different playing on the Olympic-size ice. Either than that it is a pretty quiet weekend with just one game because our away game in Fredericton was canceled due to Fredericton still being in the orange zone, but that will be made up on a later date.
There are many question marks around the league regarding what is going on and the limited number of the teams that can play, but, for us, we are lucky enough to play and are the only junior hockey league able to play in the Maritimes during the outbreak in the province. So we just got to wait and see what the league says, but make every game we play count - especially the ones versus our division rivals like Campbellton.

Personal Update
I have been back home for over a month now and things are finally starting to fall back into place, and I’m used to my new daily routine. Hoping to do well and finish strong in school and hockey before Christmas break.
by William Schofield
William Schofield is a grade 12 student at Blackville School who plays for the Miramichi Timberwolves.