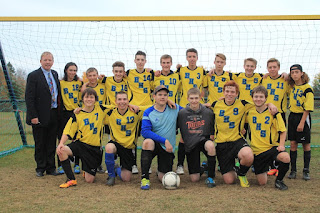 With this guaranteeing win, the team is headed to regionals with the first place position giving them an ultimate chance of moving on to the provincials for the second year in a row.  The players are hoping to have a repeat, or what is called a "double decker."

The boys have been working hard all season with their coach Mr. Rodney Buggie. The team has the true heart to move on and the school community is hoping the players do well in the future games. The team will be playing two exhibition games against Jame M. Hill. The first game is Wednesday, October 25. 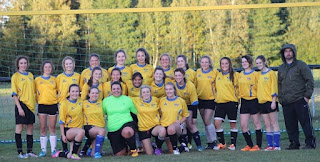 The season for the Blackville School Girls Senior Soccer team has sadly come to an end. Their last game was in Baie Ste. Anne where they suffered a close defeat. The girls had a good season overall.

By Riley Keenan and Aaron Dunn