The Senior Girls Hockey Team hosted Tracadie (WAL) on Sunday in their home-opener. The girls suffered a 5-2 loss. Jayna Brennan recorded 2 goals for the girls.

On Wednesday, the girls travelled to the Lord Beaverbrook Arena to face off against the JMH Tommies.

The girls battled hard, falling by a score of 4-3. Leading the way for the Eagles was Erin Moody with 1 goal and 1 assist. Moody went bardown on Tommies netminder Mackenzie Grey.

Jaime Vickers scored the second goal, off of a pass from Moody. Abby Donovan scored the third goal of the night, assisted by Kendra Jardine and Emily Peterson. The girls battled hard, against a rough JMH team but came up just short.

The Eagles outshot the Tommies but, their netminder Mackenzie Grey played fantastic in net coming up with many big saves for JMH. Hardest worker of the game was awarded to Abby Donovan. The girls return to action against Shippigan (EME) on Saturday, November 25.

The Senior Boys Hockey Team had a 3 game weekend on the road to begin their season. The boys had a big weekend picking up their first two points of the season in their league game against NSER. The boys won two out of their three games in their first weekend of the season.

On Friday, the boys travelled to Hartland (HCS) for their first game of the season. They faced off against the Huskies in exhibition play. Our boys came out flying, beating the Huskies 5-2. Leading the way for the Eagles was Aaron Walls with 2 goals and 1 assist.

The Eagles held onto their lead in a scoreless third period to come home with the 5-2 win. Jesse Fernette picked up the win in net having a stellar game.

On Sunday, the boys travelled to Nackawic for their second exhibition game of the season. The boys battled hard in this game but ended up losing a tough game 12-7. Senior Aaron Walls recorded his first hat trick of the year.

Walls got the goals rolling, scoring the first blue and gold goal unassisted. Walls lead the way with his 3 goals and 2 assists. Other points were scored by Peyton Gillespie with 2 goals, Avery Brennan with 1 goal and 1 assist, Garret Donohue with 1 goal, and Carson Grattan and Devon Underhill with 1 assist each.

Monday night the boys travelled to NSER for their first league game of the young season. The boys downed NSER by a score of 11-3. Leading the way for our Eagles was Avery Brennan with 5 goals and Preston Gillespie with 1 goal and 4 assist.

Other points were scored by Peyton Gillepsie with 2 goals and 1 assist, Aaron Walls with 1 goal and 2 assists. Garett Donahue added 1 goal. Drake Donovan, Maguire Gillespie, Alex Jardine, and Hudson Underhill all recorded 1 assist on the night. Jesse Frenette picked up another win in net with another very strong performance. 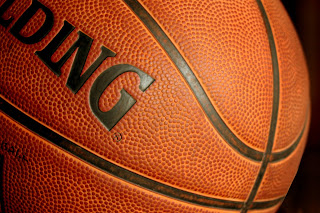 The Senior Boys Basketball Team played their first exhibition game of the season Wednesday night at home. The boys picked up a win in a close game against a very much improved NSER squad. Leading the way for the Eagles was Senior Daniel Richard scoring 31 points along with Senior Jesse Fernette's 28. Other points were scored by Jacob Mercer with 4 and Rookie Macauley Gillespie with 2. The boys return to action this weekend when they head to Cambridge Narrows for their annual tip-off tournament.

The Senior Girls Basketball Team have yet to play a game, but have been practicing hard like always. They will play their first exhibition games of the season this weekend in Cambridge Narrows along with the boys.

By Daniel Richard and Marlee Schofield