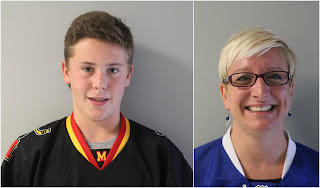 The Student of the Week is Caleb Gillespie, and he was chosen by Mrs. J. Underhill. Mrs. Underhill chose Caleb because he broke his arm, and he tries really hard to get things done even with his broken arm. When interviewing Caleb, he said his favourite holiday was Christmas and his favourite thing to do is play hockey. He was even a hockey player for Halloween. 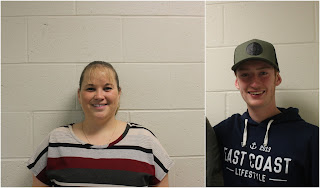 The Teacher of the Week is Mrs. M. O'Keefe, chosen by Alex Jardine. Alex chose Mrs. O'Keefe because she is a real good teacher. When interviewing Mrs. O'Keefe, she said her favourite Holiday was Christmas, and her favourite thing to do is spend time with her family. For Halloween she was a MVHS teacher. 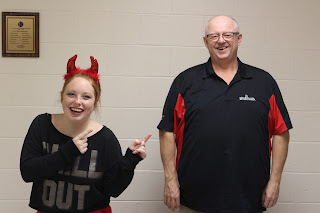 The Staff of the Week is Kim Brennan, chosen by Danaya Campbell. Danaya chose Kim because he's nice. When interviewing Kim, he said his favourite thing to do was play his guitar, and his favourite Holiday is Halloween. For Halloween he was Freddy Kruger.