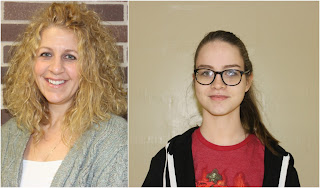 The high school student of the week is Mikayla MacDonald. Mikayla was chosen by Mrs. T. Moody because she is quiet and a very hard worker. Mikayla's favourite song is Lithium by Nirvana. Her favorite color is purple, and her favorite show is Stranger Things. 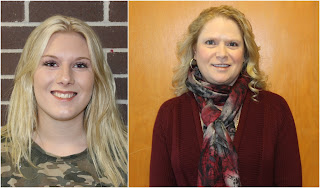 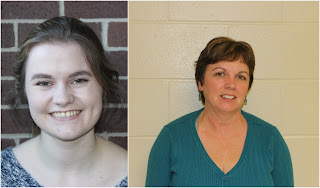 The staff member of the week is Diana Hallihan. Diana was chosen by Jules Keenan because she is a hard worker. Diana's favorite Christmas tradition is decorating her Christmas tree while watching Christmas movies. Her favorite season is summer, and her favorite color is red.